In an outrageous story from Jacksonville, Florida 3 football players from Terry Parker High School have been accused of raping a 14 year old student in the football field house. The details are sordid as a young female student is led into the football field house by one individual (unknown at this time) and the other two followed. At some point this young girl was forced to have sex with all three while they filmed the action.

The victim, who is identified as a female between ages 12 and 16, said one of the suspects approached her after lunch and invited her to the field house. A second, then third suspect joined them on the way. Once inside, she said one of the boys began to touch her and said “get ready,” then all three of them forced her to perform sex acts.

The girl told a teacher immediately after the assault, and that woman called the principal and School Board police. The victim was given a forensic medical examination.

Police detained Nicholas Evans, 18, and Nicholas Oliver, 17, at the school on Thursday. The third suspect, Lavell Benjamin, had already left for the day and could not be located.

Evans and Oliver were booked Thursday on charges of Lewd and lascivious battery and encouraging a person under 16 to engage in sexual activity. Evans is also charged with producing computer pornography.

Benjamin, 19, came in for questioning Monday, accompanied by his mother and a lawyer. He was questioned, then arrested.

And of course we are living in a social media culture so immediately those channels lit up. Here are the first few that we came across–: 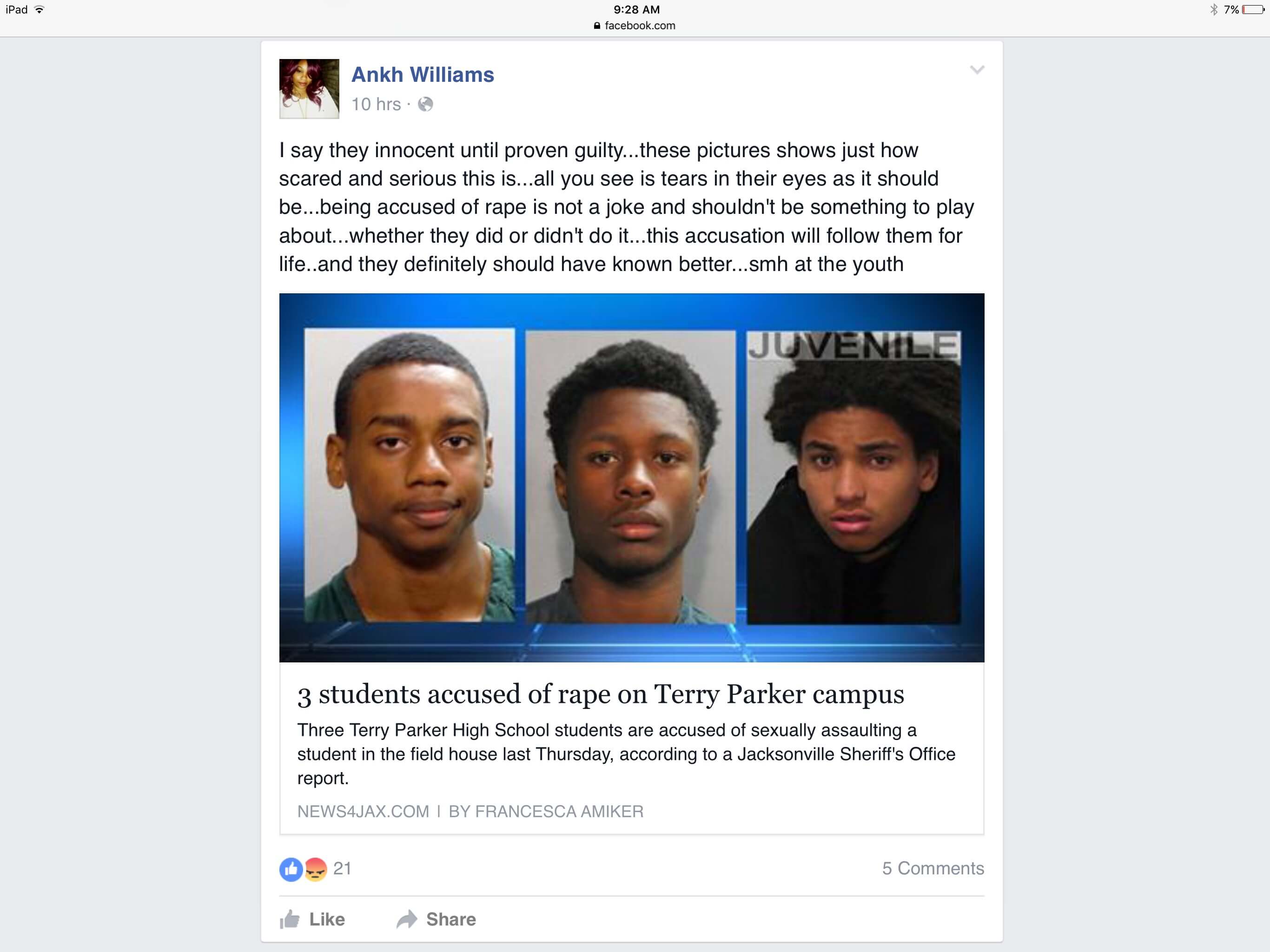 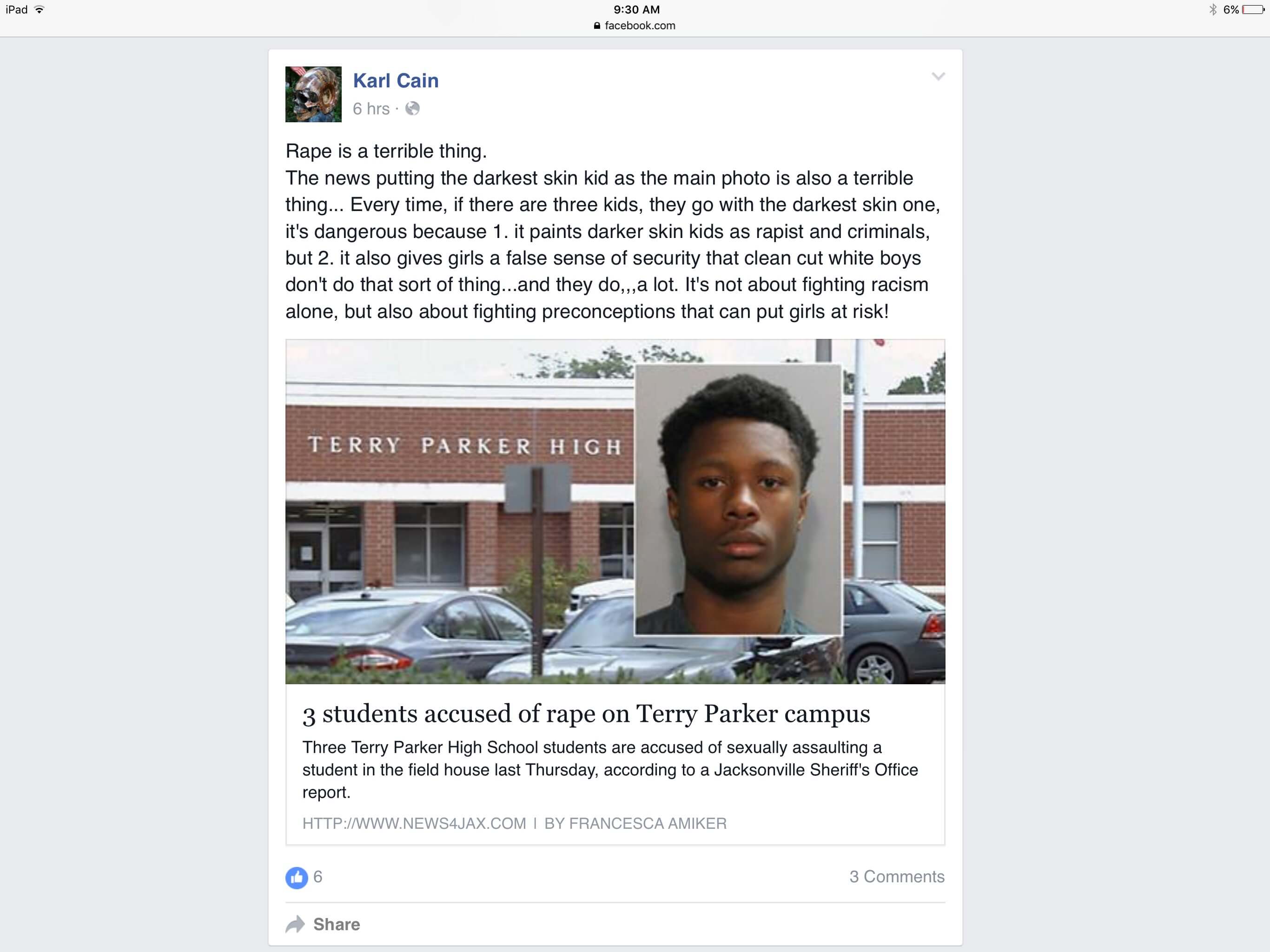 3) According to Darryl Alston this is the girls fault. When a 14 year old girl is surrounded by three football players much older than she is. 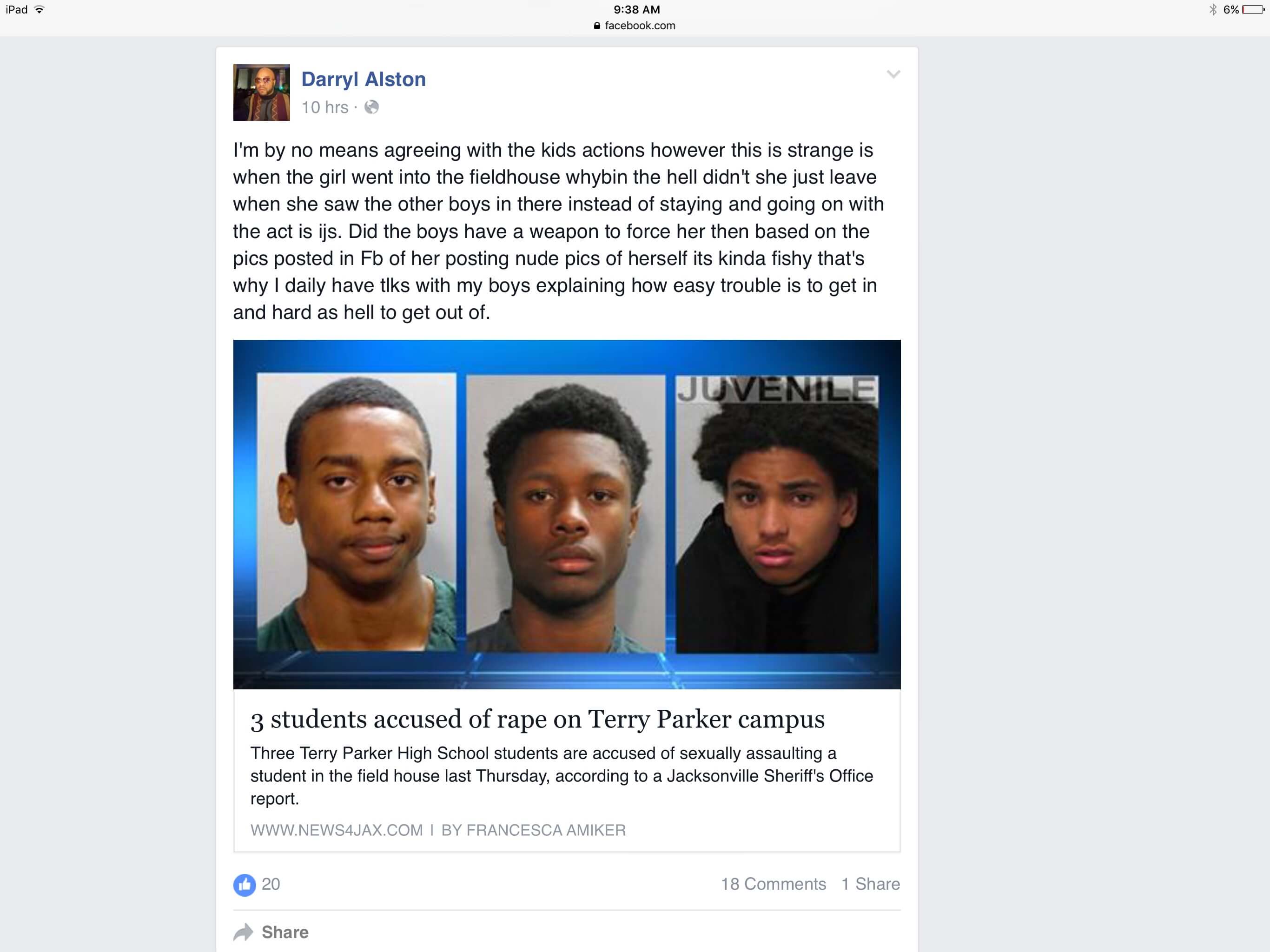 4) Apparently the little girl is not getting much support from school. 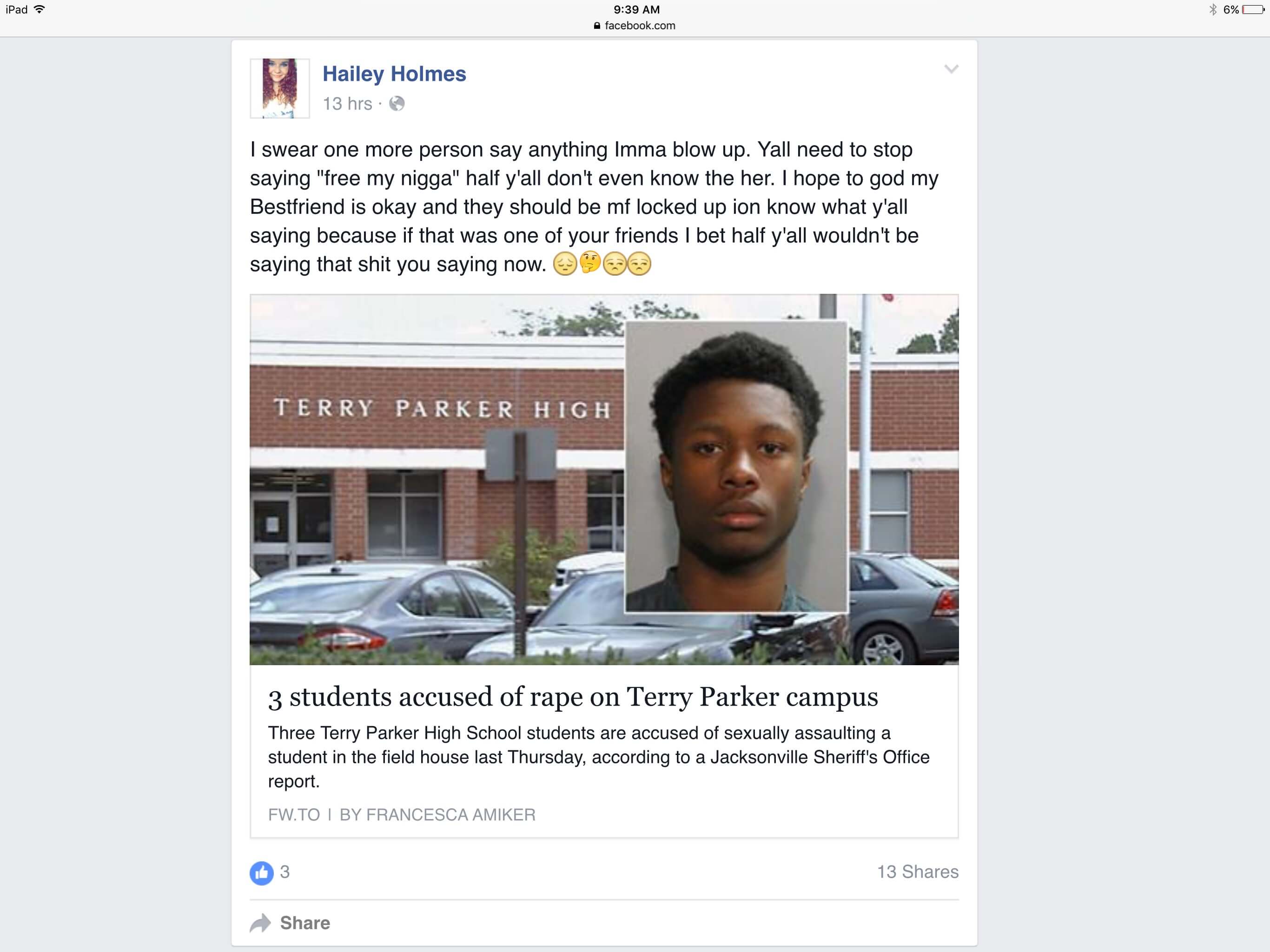 The rest of these speak for themselves: 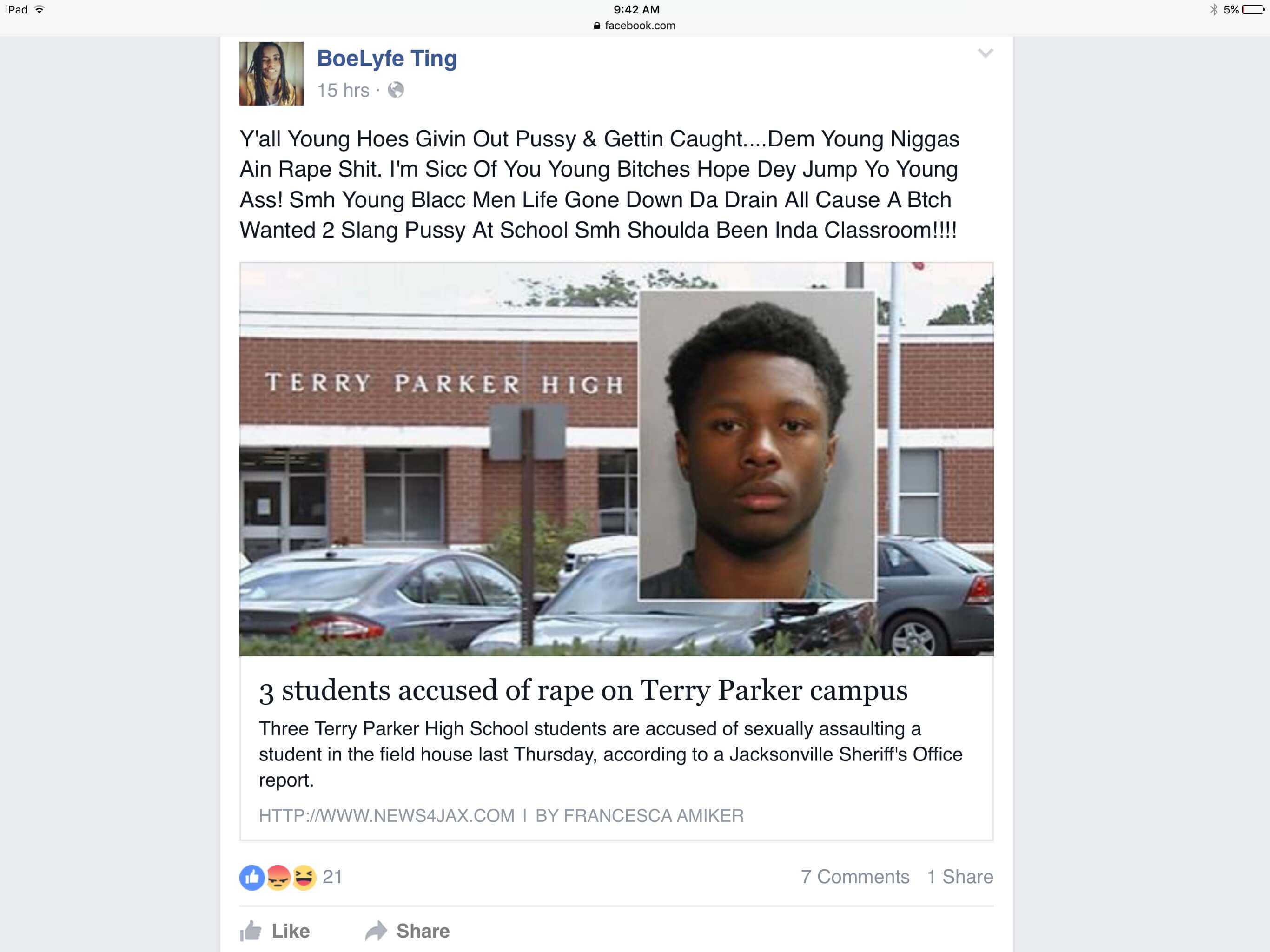 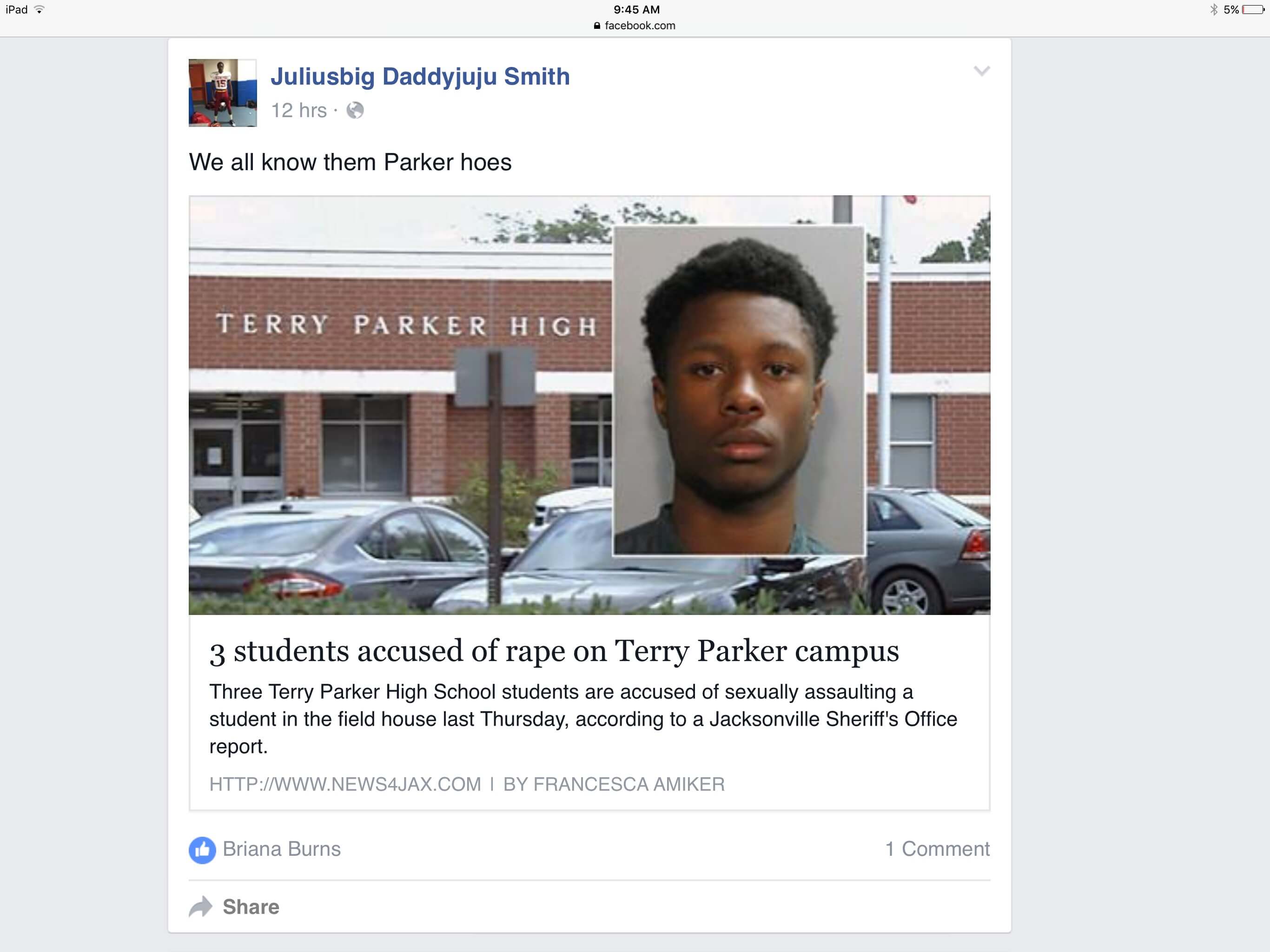 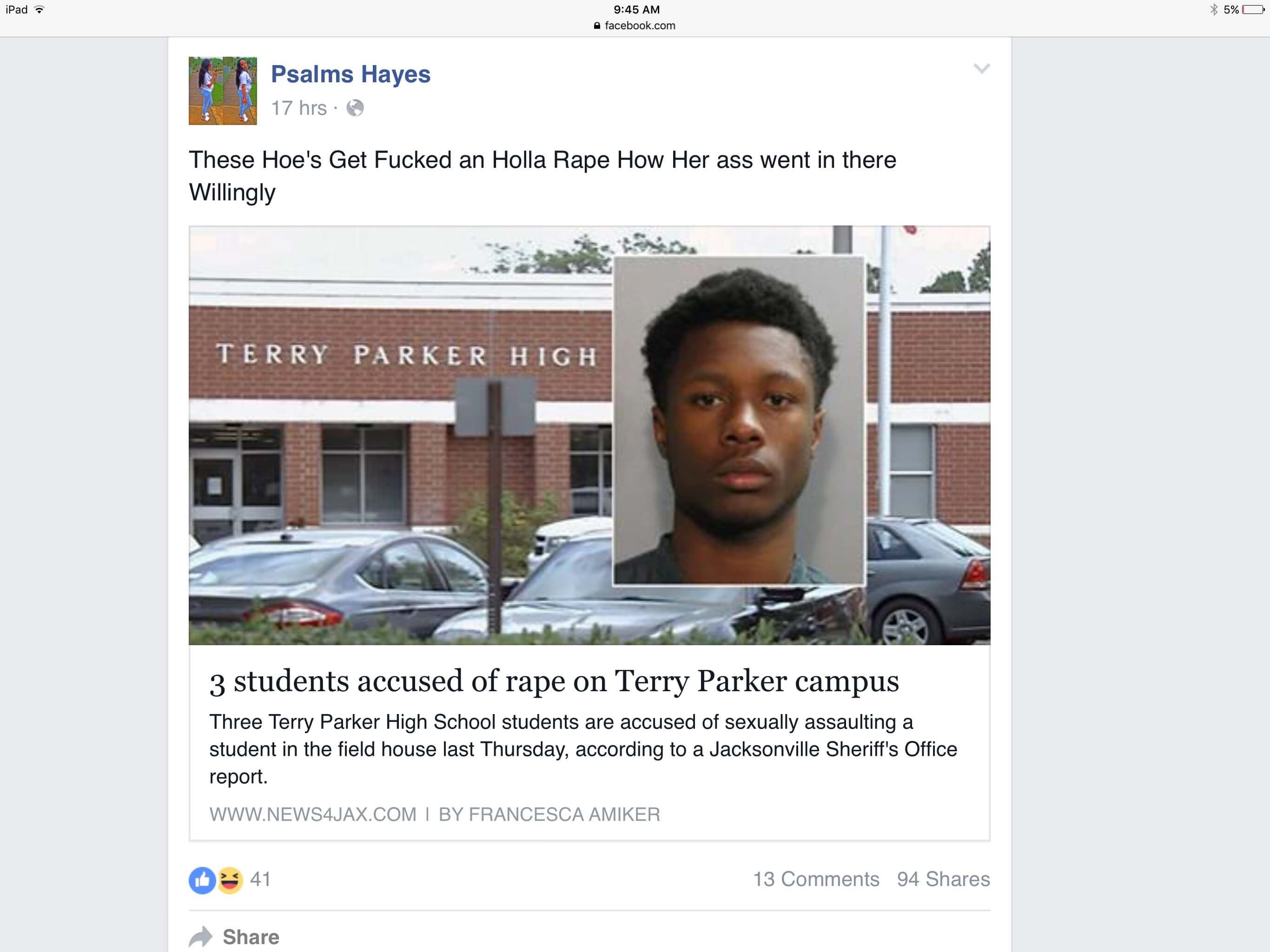 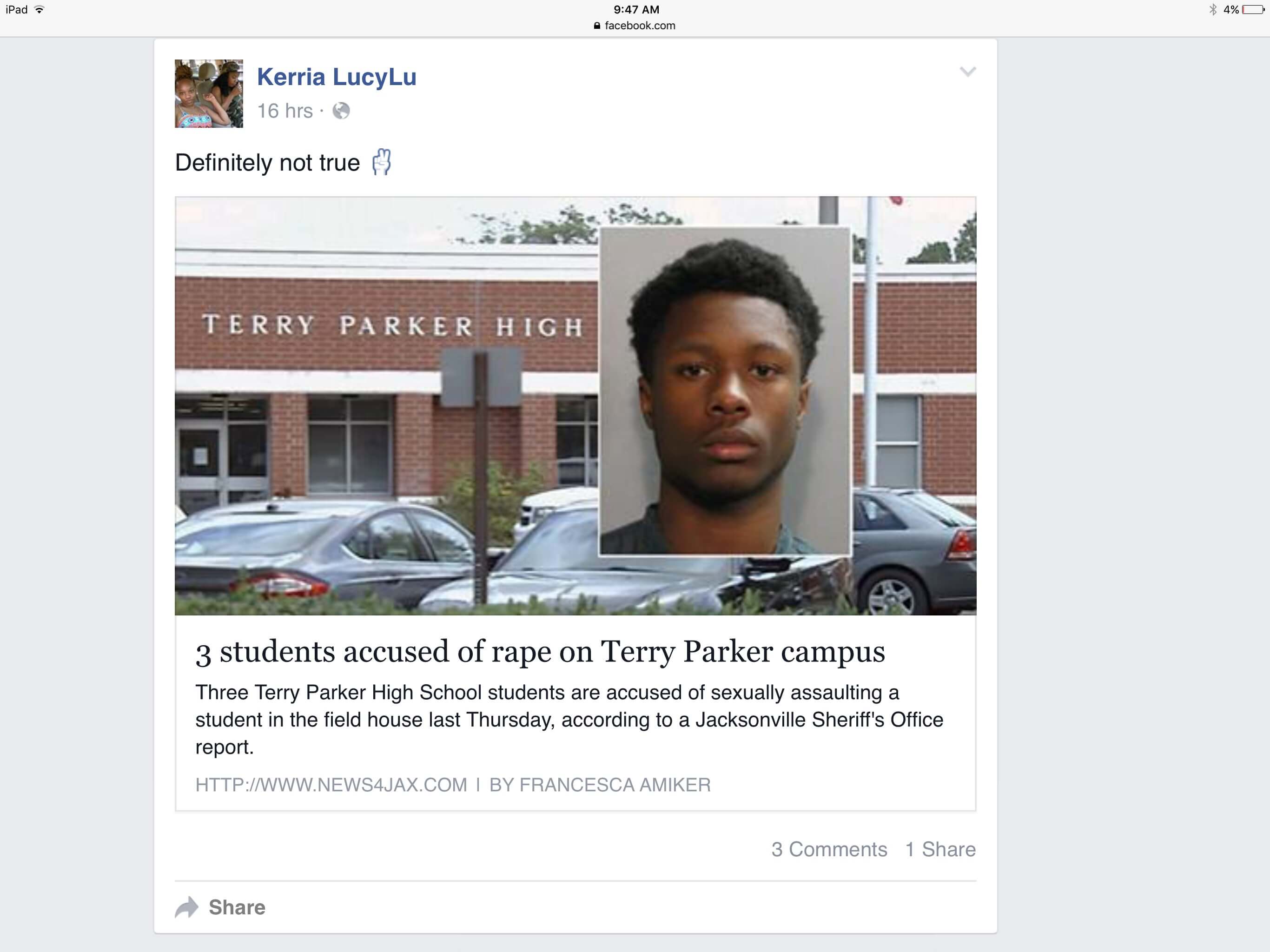 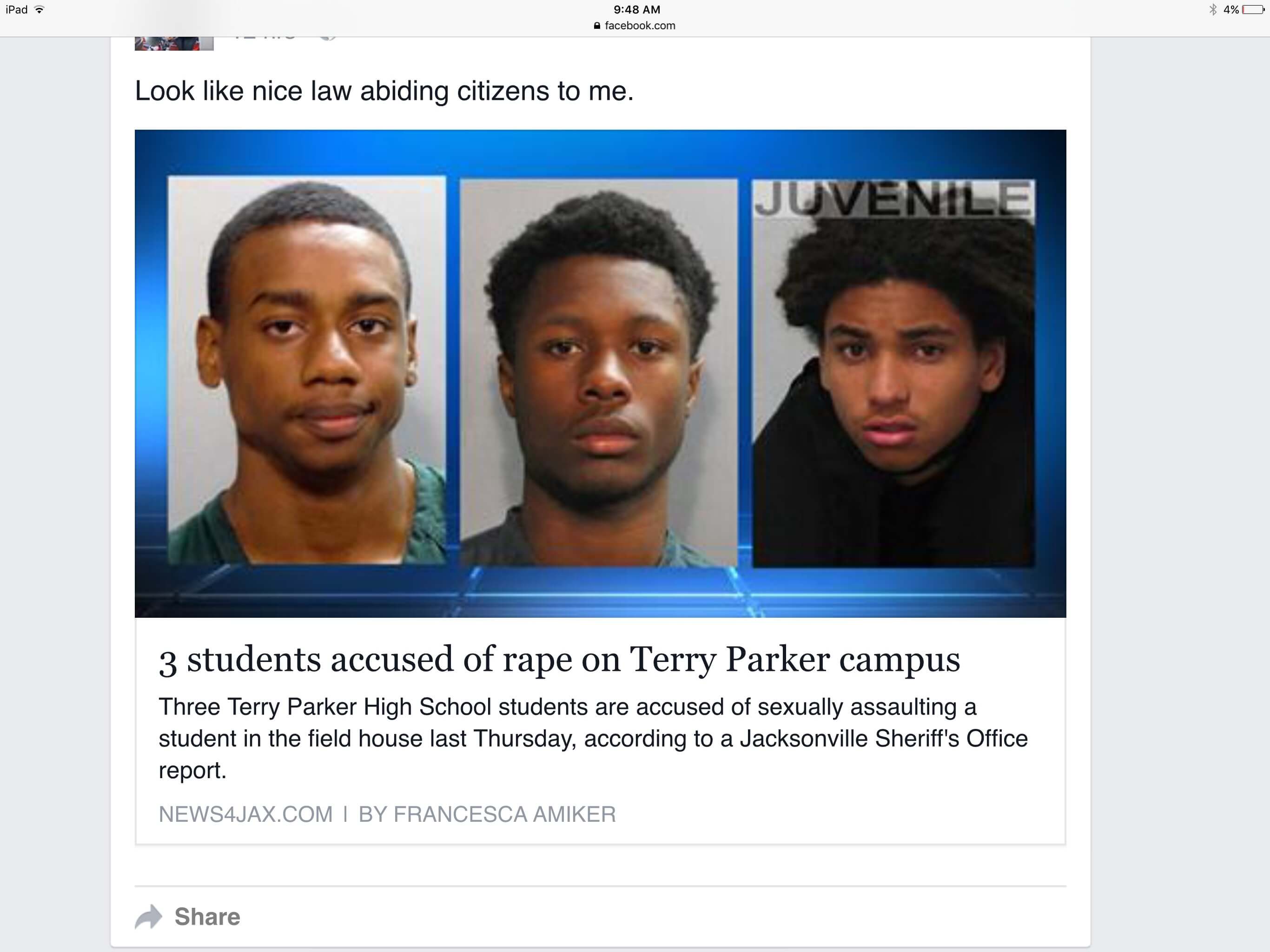 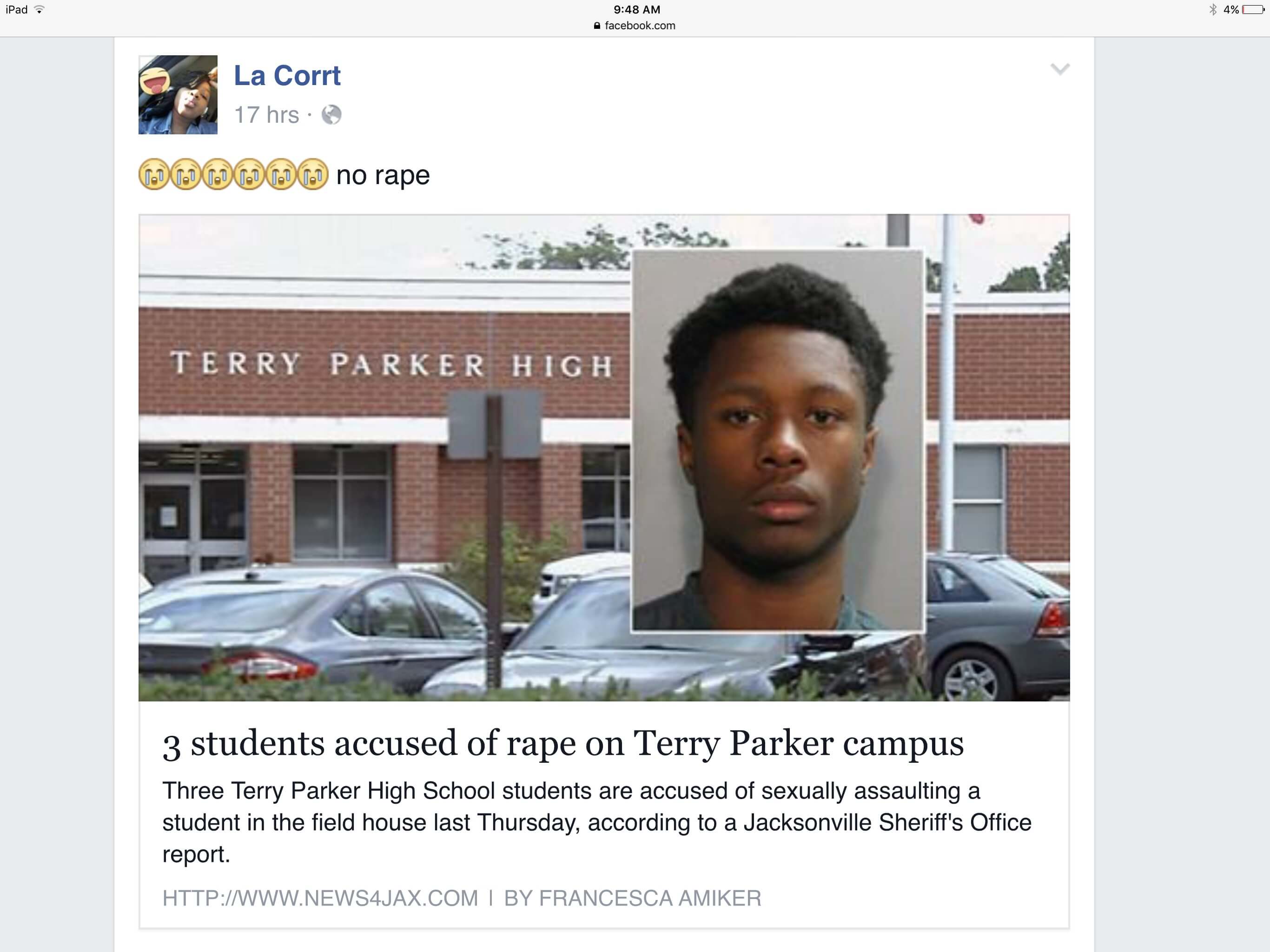 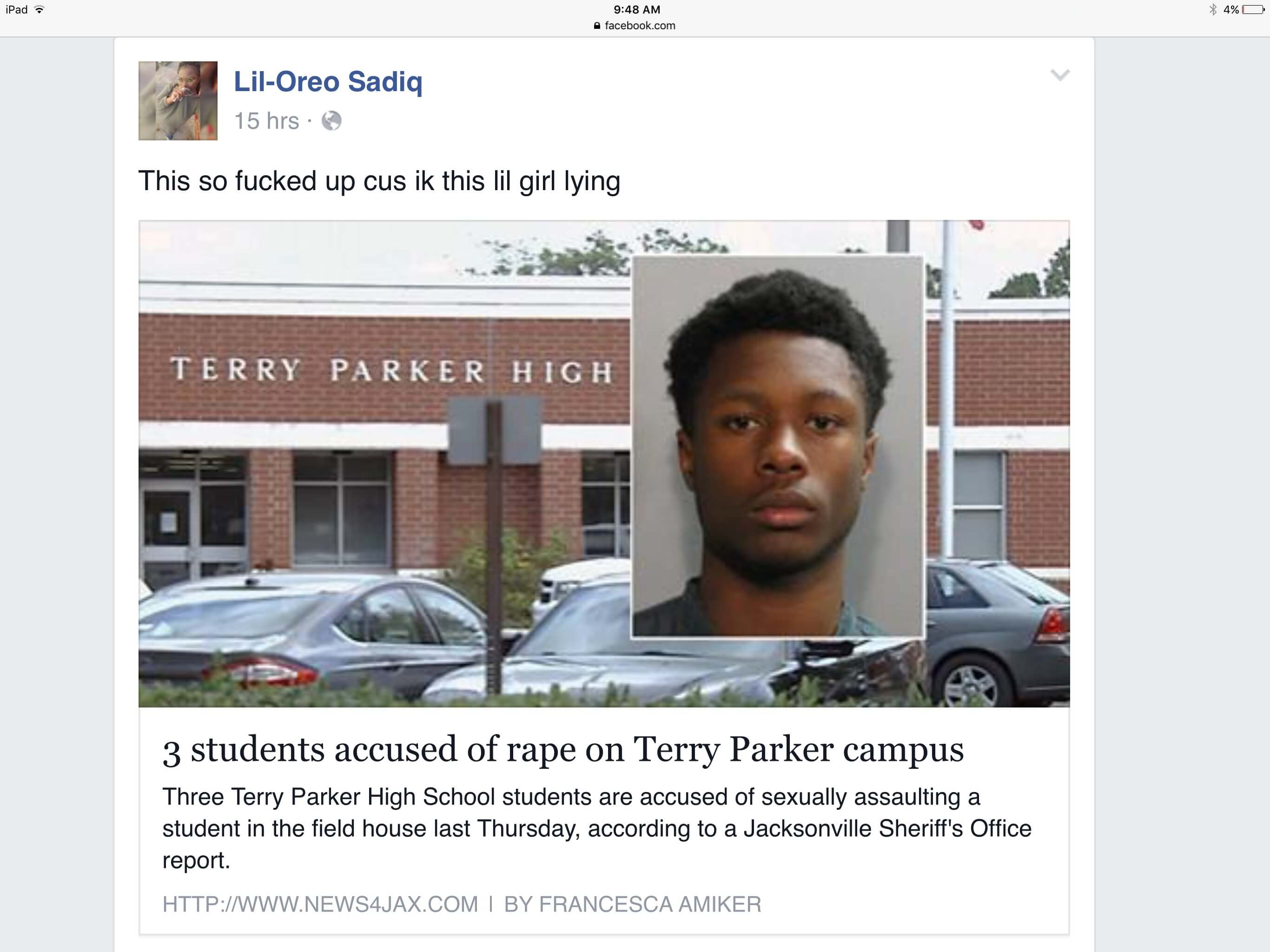 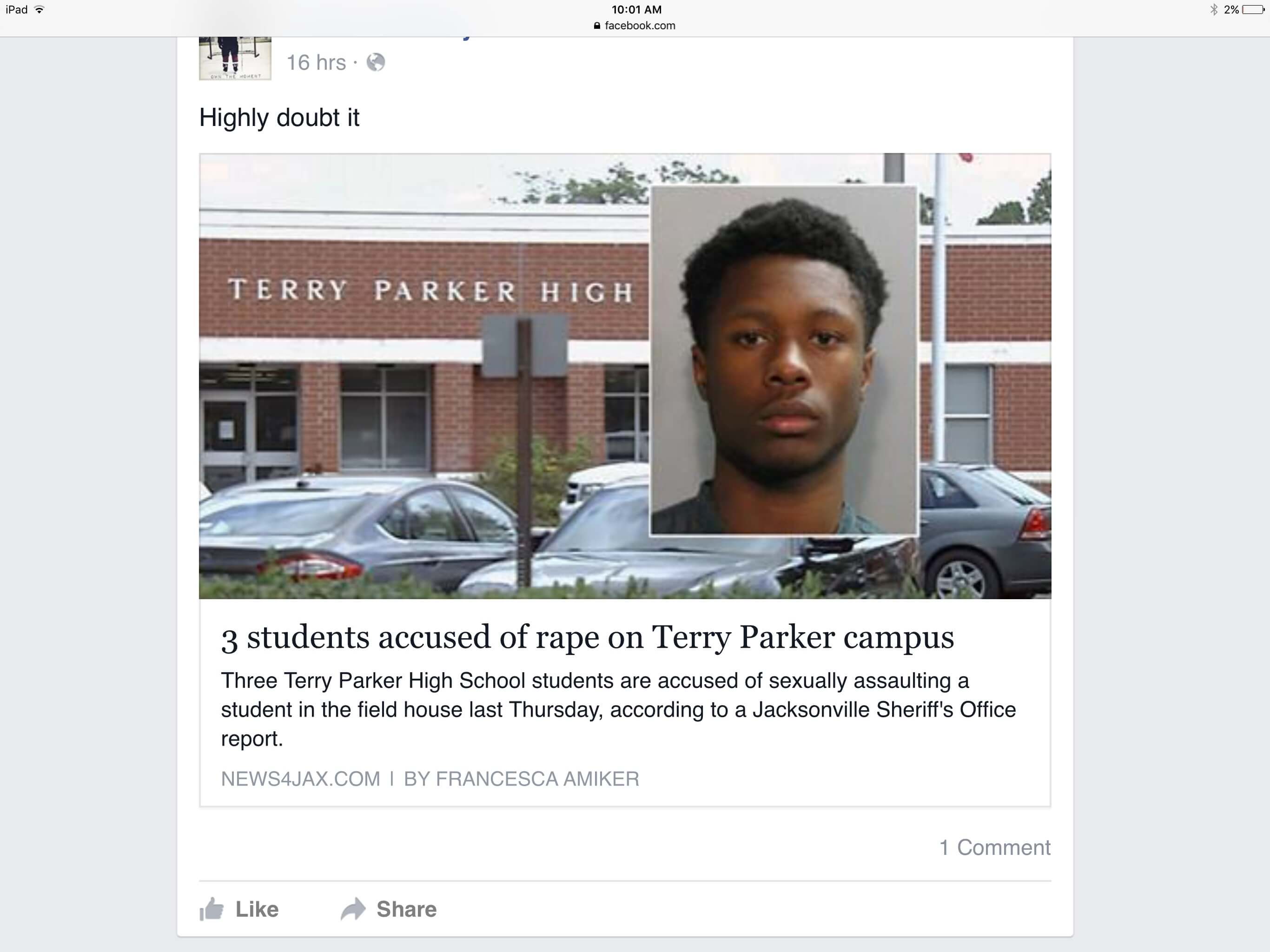 Next 24 Gun memes blowing up the the internet right now! What say you?