Next week’s U.S. Open is dropping into a venue completely unique in the 115-year history of the national championship. 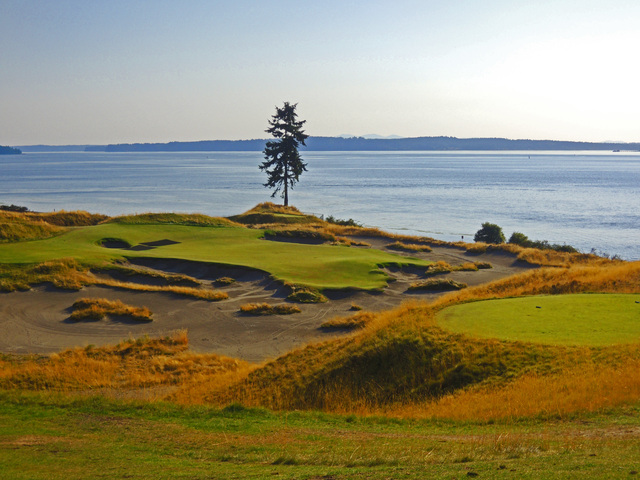 It’s a crappy municipal course with no parking and very little room for fans to watch at the venue: There will be plenty of ways to get it in the hole at Chambers Bay, including no-look putts from a mile away.

If only he could do that during the actual match!!

Chambers Bay is just eight years old, a former sand quarry with just one tree on the property. The greens are one of the defining characteristics of the track. They’re all enormous, have plenty of mounds and extreme slopes, and have certain quadrants that make a putt almost impossible to get close to the hole.

Here’s the ugly secret to the ugly course. It was made by the government.

The course project that bled $1.8 million in 2010 and had to borrow money from other county funds to claw through the recession.

The county borrowed $20.7 million in 2005 to build the links-style course on the site of a former gravel mine. Today, it owes $17.5 million on those original bonds, which is to be paid off over about 20 years.

Before 2013, the golf course hadn’t broken even since its 2008 peak. It even lost money in 2010, when it attracted national exposure by playing host to the U.S. Amateur.

whatever.. go hit a ball. with a stick

Sorry. No data so far.