The last round of the 2015 J-Bay Open between Mick Fanning and Julian Wilson was canceled when Fanning was attacked by a great white WHILE they were both competing!

And we have video BELOW~ 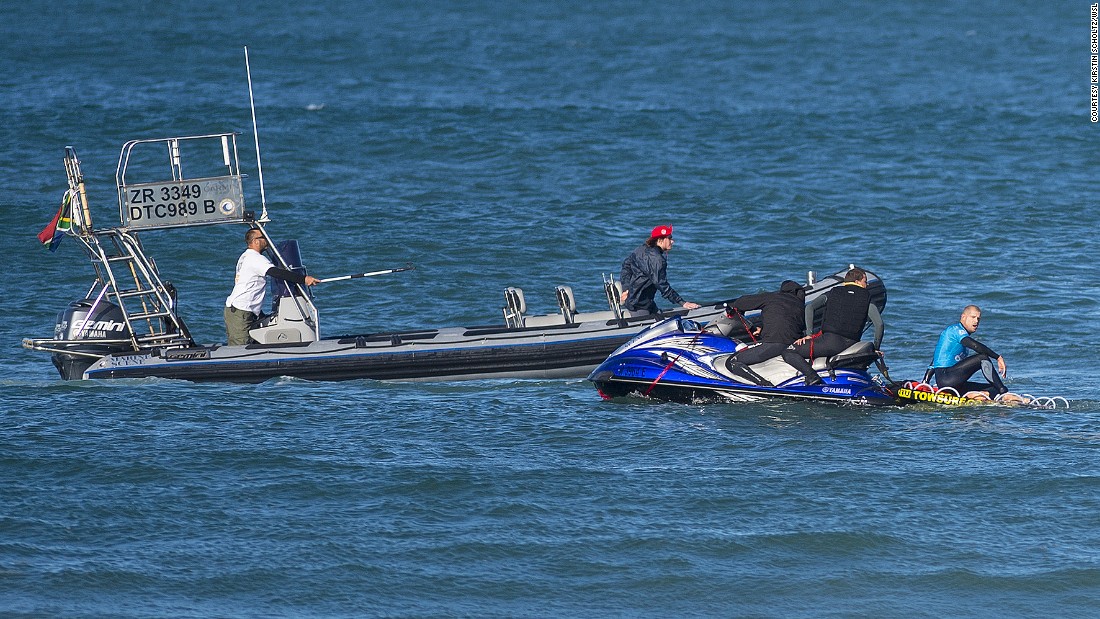 Fanning and Wilson were able to make it to SAFETY unharmed, but HOLY GUACAMOLE – have you ever see anything like this?

The event was called off and the prize points and money were split between the two competitors.

Thankfully, neither competitor was split between the shark..

I think we’re gonna need a bigger surf board!!

Previous How To Uncork Cristal With A 50 Caliber Rifle

Next Streaker Is Awesome On American Ninja Warrior!