We are laughing @HillaryClinton for THIS! * DailyLoL

Hillary Clinton is no doubt the front runner of democrats in the upcoming 2016 election. And while Bernie Sanders and Donald Trump are having to change venues to larger places to accommodate crowds– it seems as though the only people excited (cough) “ready for Hillary” is the media.

When you hold campaign events in large United States cities– you should expect to see more than this at an event! Source 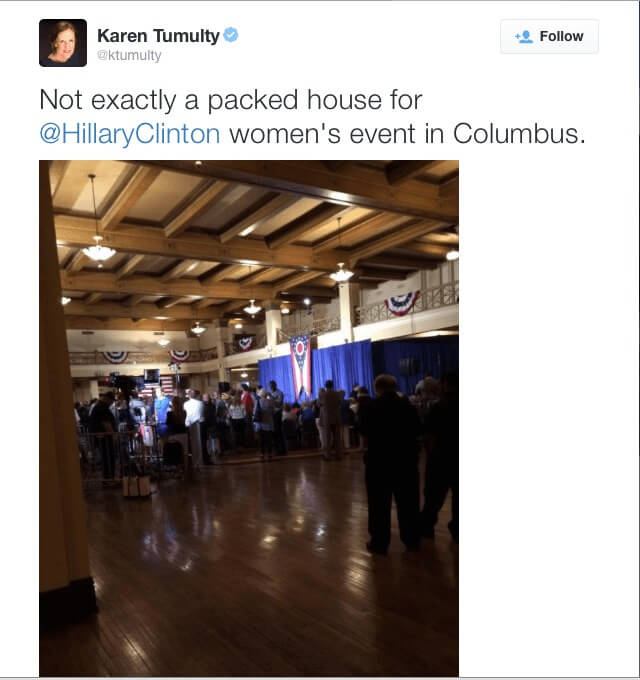 Previous Please Don't! You won't believe what these Scientist are about to do. [Scary]

Next The 'You're Getting Fat' Talk